Apple has announced a new version of iPad Pro. The 2018 iPad Pro has a new full-screen design, flat edge, rounded corners, Face ID, and more.
The new iPad Pro has a blocky design with rounded corners for both the display and body. The structure appears sort of like the original iPad. It features a new Liquid Retina display just like the iPhone XR.

The new iPad Pro includes an 11-inch display that has the same footprint as the 10.5-inch mode. iPad Pro also includes a more portable version of the 12.9-inch display with a much smaller footprint than the previous version.
Both new iPad Pros are 5.9mm thin, that’s one millimeter thinner for the larger iPad Pro. iPad Pro now includes Face ID, first introduced with iPhone X, for unlocking the iPad with facial recognition. Face ID also powers Animoji, Memoji, and other features like Apple Pay, logging into apps, and more. Face ID on iPad Pro does not require a notch since the bezel is large enough to house the sensors needed.
iPad Pro gains the same Home indicator as iPhone X and later with gestural navigation and multitasking. 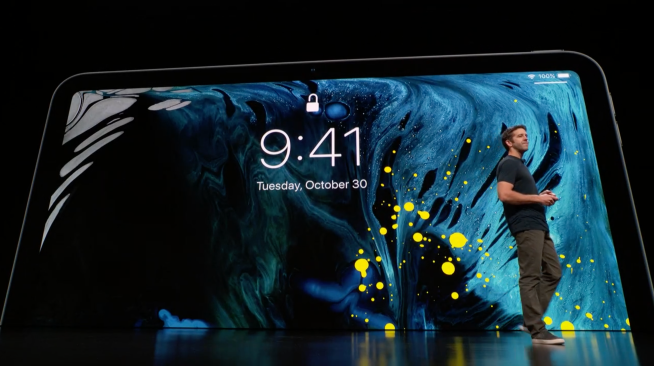 iPad Pro is now available in up to 1TB storage for the first time, up from 512GB. USB-C replaces Lightning. iPad Pro will support up to 5K display output. iPad Pro can also charge an iPhone or other devices over USB-C. 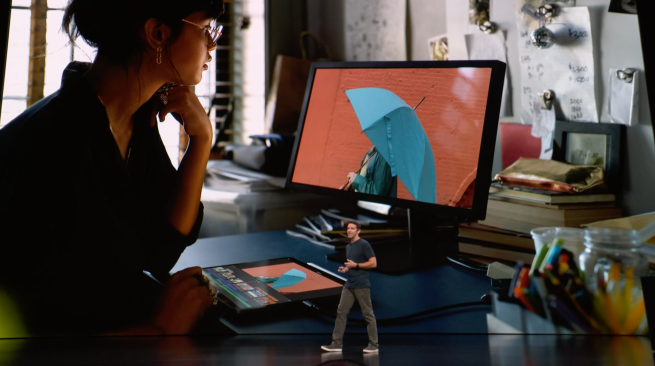 The Apple Pencil (second-gen) automatically pairs and charges wirelessly. It magnetically snaps to the new iPad Pro. Tapping the screen wakes the iPad Pro. Apple Pencil has a new tap feature on the hardware that changes modes (like writing and erasing in Notes) that can be customized. More details here.
Smart Keyboard Folio also a new accessory with an adjustable screen-angle. This offers front and back coverage unlike the previous Smart Keyboard which was only a cover. 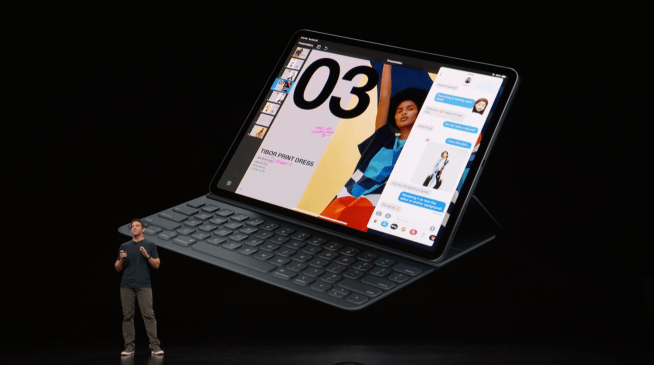